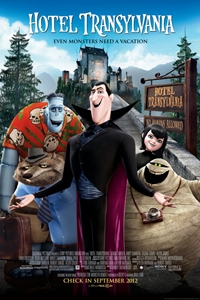 Dracula has invited some of the world's most famous monsters to his lavish five-stake resort to celebrate his daughter Mavis's 118th birthday. But things could come crashing down when one ordinary guy stumbles on the hotel and takes a shine to her.